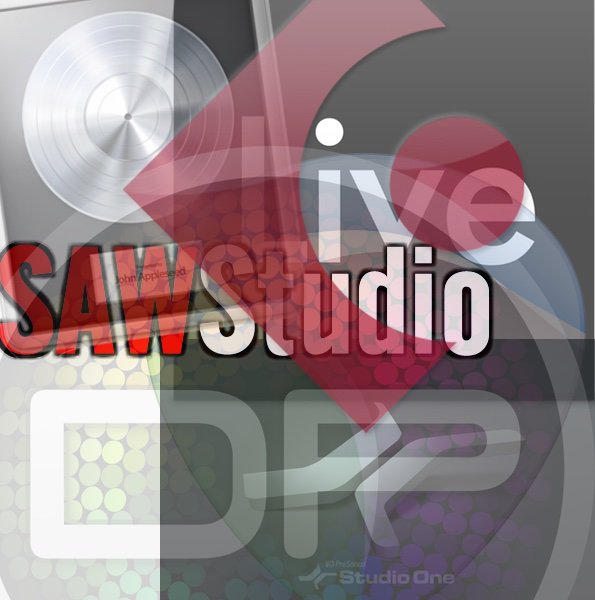 If you’ve been following this blog then you’d know that I recently tried 2 DAWS as my 1-month thing. Trying Cubase has been a harrowing experience that has made me rethink using Digital Performer.

Since it was very difficult for me to decide, given how great of a product Cubase is, I went ahead and did a methodical test and rating of both DAWs. I analyzed my projects to figure out what features I used most frequently, mildly and rarely. I looked at features of various DAWs that I thought were nice and considered those as well.

I then created a number of tests and attempted them multiple times with varying circumstances in each DAW. I wrote down a rating, relative to each DAW’s capability. Results were weighted and tallied.

Click through to read more about the tests, ratings and other commentary.

What are you looking at?

Please check the actual sheet so you can see the notes for some cells!

I gathered a list of features that I found important, less important and ‘just nice’. Then I spent a lot of time going through past projects and reasoned about how I used these features frequently. Tests were created, repeated, modified, repeated etc… I spent in total around 80 hours doing this.

As I did the tests, I wrote down ratings. The ratings are all relative to each other. For instance, I originally rated Cubases group/buss creation a 10. After using Reaper and Logic’s folders/stacks I realized they were superior and I knocked Cubase back to a 9.

Originally I was only comparing S1, Cubase and DP. While I was researching features and workflows I ended up coming across information about Logic. Eventually I started to run tests in Logic. Then Reaper. Then I decided to include my favorite DAW ever, SAWStudio. Live included just because I have it.

The ratings were done without summing and on independent pages. I had no clue what was ‘winning’ until the very end. In fact I was quite certain that Logic was going to be the overwhelming winner based on ratings alone, with Cubase in second place. Turns out… no.

It is very important to know that these are my impressions. You may notice that there’s basically no midi or virtual instrument considerations. If I did consider that, it’d be about 5% weighted and change nothing. If you feel that ‘your DAW’ was unfairly rated then please post a comment. I’m more than willing to re-asses something or discuss it with you.

The categories and tests

The following categories are listed with how I tested them. I also may note specifically what I was looking for, or what would cause a low rating.

Going in to this I was fairly certain that overall Cubase would be the winner, but as I worked on projects in Cubase I constantly found annoying things. I became somewhat engrossed with deciding whether or not it was worth switching to Cubase so I felt the need to organize my thoughts.

For the major requirements it’s no surprise to me that SAWStudio came out on top. If RML would update a few things, I’d probably go right back to it in a heartbeat. It doesn’t appear that any updates are coming anytime soon, and there’s a lot of workarounds necessary to use modern plugins and certain modern workflows. It wouldn’t take much for SAWStudio to be the best product for me once again, but these days… nope.

DP’s second place in the major requirements was surprising to me. I suppose this is how I ended up using DP to begin with, as its overall always given me the most fluid experience when doing what I do.

For the minor requirements, DP performed somewhat poorly. The poor performance was largely due to poor mixer features like VCAs, meter/fader sizes and buss creation. I was very surprised at how well I rated Logic. I grew quite fond of logic while doing any mixing tasks. Unfortunately, Logic became more and more unwieldy as the project size grew. I suspect this is partially user error, but Logic does so many things differently from other programs that I quickly grew frustrated trying to figure out a decent workflow.

You already probably know what I think about Studio One, so I won’t cover that.

Reaper’s rating is a surprise to me. If you asked me to rate Reaper compared to DP’s rating, I’d put Reaper at a 20. This rating system put Reaper at 105.1. Reaper does fair quite well when you isolate features and take time to figure out how things work for a specific specification. Trying to coalesce these features in to a workflow has always been problematic and full of ridiculous workarounds, extensions, command remapping and themes. It’s also strange to me that if you learn to use Reaper, there’s a very low chance that you could use Reaper on someone else’s system. I don’t find that appealing at all.

Live’s rating is about right. For what I do these days, it’s an awful program. A lot of people do awesome stuff in Live. My favorite artist of all time uses Live to record, and I highly respect that. Live has some unique features and amazing capabilities with max for live. It doesn’t fit what I do right now though. There was a time where it was the perfect software for what I was doing on the side with a band, and that’s why I have it.

I will never use another Avid product, so Pro Tools was completely ignored. I suspect it would have scored very highly overall.

So with this information in hand it was very apparent to me that while Cubase has a bunch of neat little features, it falls short for the things that matter most to me. I’m certain I’d be happy with it for a while, and it’d eventually erode my feelings for it as I pursued my quest for navigational, editing and mixing efficiency. Cubase has a plethora of features that are amazing for a songwriter or someone working with songwriters. I wouldn’t even think twice if this fit what I do, and I’d whole-heartedly recommend it for anyone primarily working alone in a modern genre.

For now, I’m sticking with Digital Performer. When the 9.1 update is fixed, the rating will probably go up ~5 points total.

I will be keeping up with Cubase, and probably using it frequently on and off. I can’t wait to see what Cubase 9 brings.

«  And the winner is. Sharpening about »
If you appreciate the information presented then please consider joining patreon or donating money/time