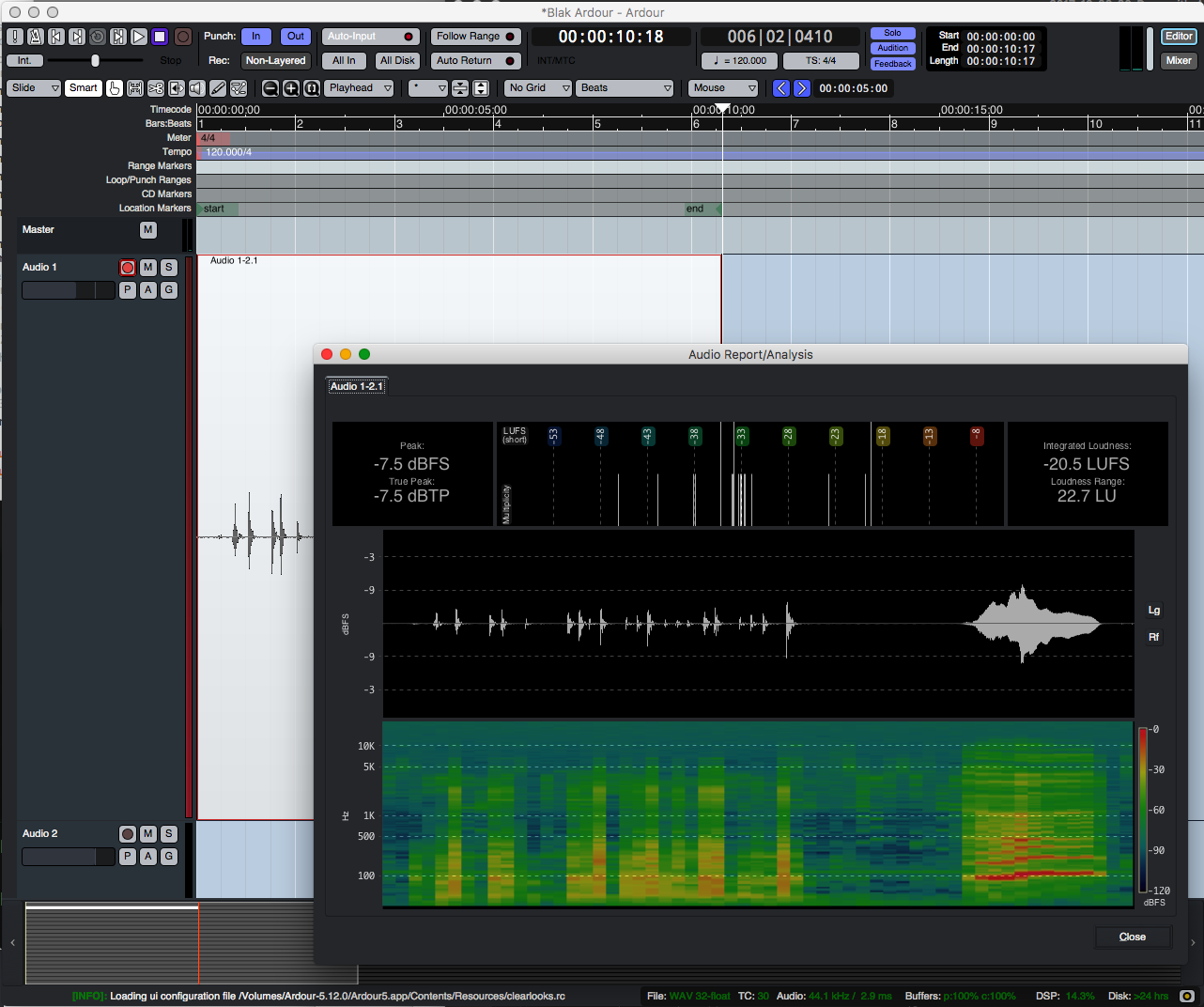 If you follow this blog then you’d know that I’ve been reviewing mixbus for “30 days” (more like 2.5 months).

You may also know that Mixbus is based upon Ardour, an open source DAW. I previously started a review with Ardour, and stopped due to some issues that made it not possible for me to work efficiently.

Clearly, as I’ve been using Mixbus 4.1/4.2, Ardour is up to the task of being used and I have been using it. According to my time sink logs I’ve spent about 60 hours in Ardour working on a project, and looking at the differences between the current version 5.12.

So I’m going to take a moment and give a very short review of Ardour and explain some differences from the Mixbus review I did. I won’t be covering all of the differences between Mixbus and Ardour, but I will cover what I feel is fairly important.

First check over the other posts I’ve written about Mixbus and Ardour.

Improvements since the last review

This no longer happens!

Since I did the last review, the performance issue was fixed. I’d like to think this was due to my discussions with the Mixbus crew about it, but clearly I was not the person that fixed it.

The window management issues still exist to a point. You can’t use cmd-` on macOS to switch application windows. Some windows forget their position with dual-monitors. Some windows always want to be on top of everything. However it’s more manageable than it was nearly a year ago.

The undo has improved as well in some cases. I have still encountered times where I do something, undo a few times, redo the same number of times and my project is no longer the same where I started. LIkewise there’s a number of commands I expect to undo 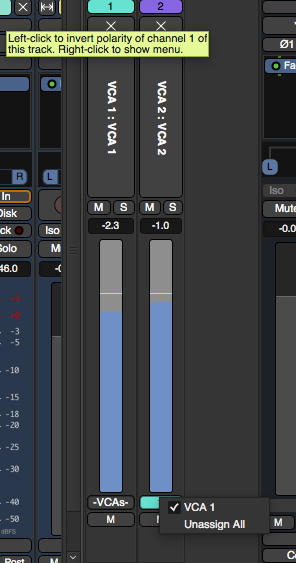 It’s become somewhat of a joke during this review (in my discussions with other folks) that I really prefer the ability to assign a VCA to another VCA. This workflow is fantastic when you’re working with instruments that contain multiple tracks of single instruments. Here’s 2 examples

There’s other examples that I’ve encountered, but I think that is sufficient to get my point across.

Ardour also allows having a track being controlled by multiple VCAs like Mixbus. Overall the setup is much better in Ardour I feel. 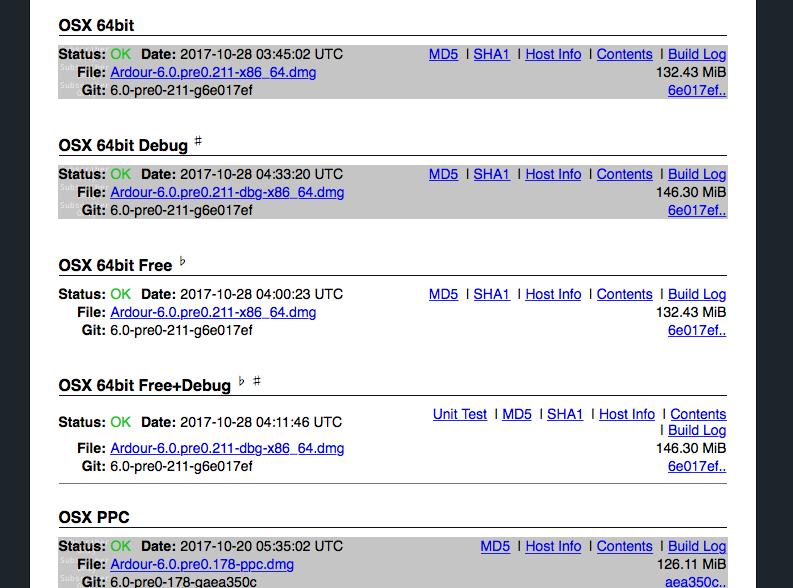 Yes, Harrison’s support is great. Some of us just like to be on the bleeding edge or receive fixes super fast, and the Ardour nightlies are the key.

They are also sometimes the key to instability and frustrating breaks in the creative flow.

The nightlies are great for those on Windows and MacOS that have difficulty building Ardour from source, but would like to help test new features, take advantage of bug fixes early or just be generally daring and awesome. 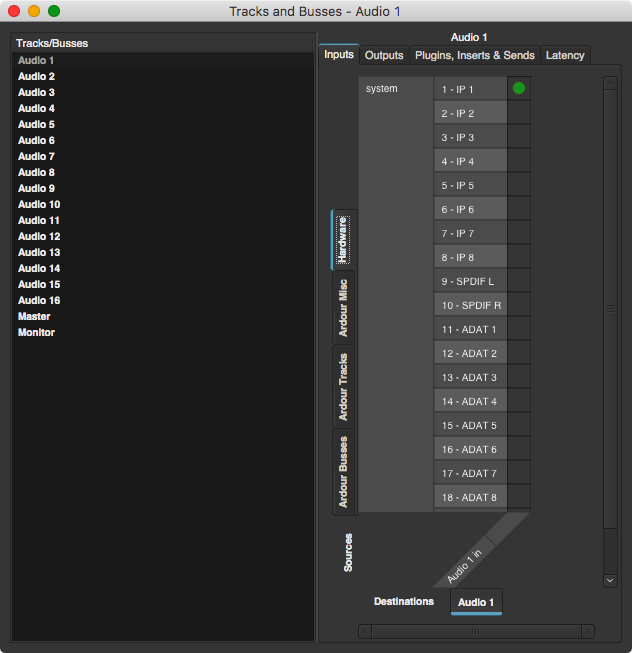 Ardour has some things not available in Mixbus such as: 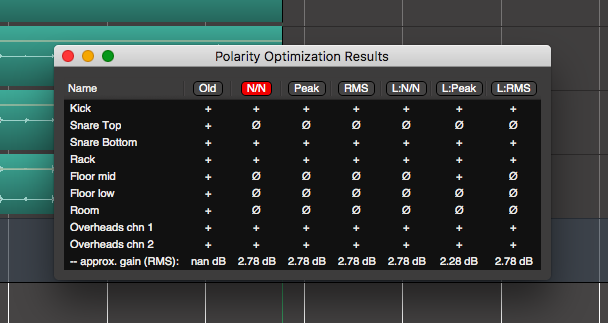 No polarity optimizer in Ardour

Ardour is missing some cool features that Mixbus has.

A big difference between Ardour and Mixbus is the mixer. Obviously mixbus comes with its own setup as I described before.

Ardour in my view has some benefits though. 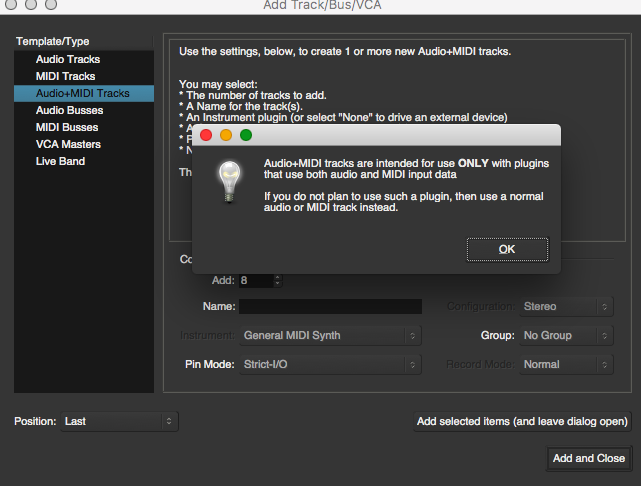 Audio and Midi tracks in Ardour

The editor and surrounding functionality differs in Ardour as well.

Ardour is pretty awesome for your average recordist. I don’t think I could definitively say that I prefer Ardour over Mixbus or Mixbus over Ardour, but they both offer clear advantages.

Ardour has most of the advantages I covered with Mixbus, including the amazing team of people working on it, but minus the Harrison DSP additions.

It also has many of the disadvantages, such as the relatively basic MIDI support. Ardour also does not come with a plethora of demos for you to ponder spending your money on. You’re on your own in the wild world of LV2, VST and possibly AU to find products to supplement your software use.

That said though, for a very reasonable price, Ardour is an excellent option in today’s world of a million DAWs. Once they deal with the MIDI and arrangement deficits, it will easy compare with other big-name DAWs costing $600. Until then, for most users, it’s a fantastic option especially if you work primarily with audio.

This post took 5 hours to research, photograph, write and edit. If you appreciate the information presented then please consider joining patreon or donating!